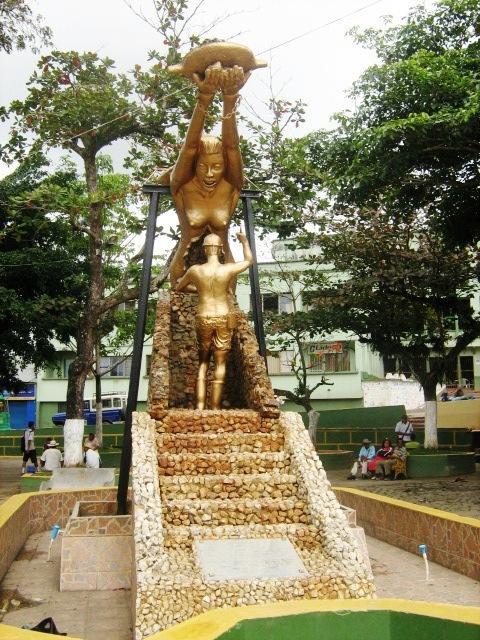 Suggest Place to Visit
325
Segovia was discovered by Captain Francisco Nuñez Pedrozo. There are no exact figures for when the population center began to be formed, what is known is that on July 24, 1869 it was elevated to the category of fraction. Before the arrival of the settlers, the Segovian territory was populated by the Tahamí and Yamecí Indians. In the 1860s, the explorers arrived in Segovia, and having found gold mines they stayed in order not to leave. From that moment on, there were many expeditions that arrived in Segovia in search of the precious metal. The gold rush captured the attention of all who arrived. Until that moment, Segovia was nothing more than a simple village of the municipality of Remedios.

In 1852 the Frontino Gold Mines was established in Segovia, which brought steam engines, telegraph, mail and Californian mill and also installed rails in the mines, thus bringing better management of mining.

In 1865 the parish was built as part of the Archdiocese of Santa Fe de Antioquia. In 1877 it became a town and the name of Tierradentro was changed to the current one of Segovia. In 1880 Segovia was erected as a district. A year later, that district had been added back to the municipality of Remedios. In 1885, Segovia managed to get the president of Antioquia to erect it as a municipality, thus separating itself from Remedios.

It is a municipality with a warm climate where many cultures converge, since throughout its history it has received people from all over the country who arrive attracted by the possibility of working in gold mining.

It is a mining territory par excellence. Gold has been its main reference since before the arrival of the Spanish and even today its economy and culture revolves around the mines.

It received its name to emulate the names of Spanish cities and conquerors. It has also been called Tierradentro.

It is connected by road with the municipalities of Zaragoza and Remedios.

The municipality of Segovia is located in the central mountain range of the Andes, in northeastern Antioquia, and enjoys a hot climate.

Mining: Gold and silver. Mining is the municipality's main source of foreign exchange.

The company ´´Frontino Gold Mines´´ was born here in 1852 by US investors who, given the gold wealth, settled in the town formerly called Tierradentro. Thanks to its gold wealth, it is one of the municipalities of Antioquia that exports the most gold.

It is a festival full of artistic beauty and where the gold wealth is exalted.

Our Lady of Los Dolores Parish (Main Park), El Santo Cristo (Briceño), Our Lady of Carmen Parish (Galán Neighborhood) Reconstruction of the old church of the Municipality destroyed by an earthquake in the 1960s

El Silencio and Providencia Mines. Here you learn about the exploitation of gold. ´´El Silencio´´ is the largest gold mine in the Northeast. It is a kind of underground city with 44 levels, that is, a building from 44 floors down, where men work at temperatures of 36 degrees Celsius

The crystallines. Place with ideal places for bathing, walks and ecological walks. Their businesses offer drinks such as ´´crystalline´´, ´´dark´´ or lemonade. It also has impressive landscapes due to its degree of beauty, in short it is one of the most beautiful places in Segovia.

Charco de Las Brujas. The natural pools are attractive to tourists and residents of Segovia, and the Charco de Las Brujas is one of the main ones. The great variety of vegetation and the diverse landscapes that are enjoyed while walking towards it attracts there.
Comments

We don´t have yet any comments about:
Segovia
Be the first to leave a comment as it is very important to inform other people

Hotel reservation near Segovia within a radius of 20 km