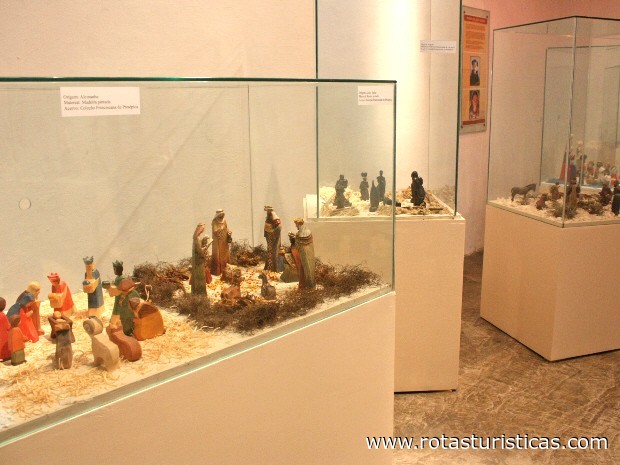 Suggest Place to Visit
1135
An important page of the history of Saint Sebastian can be known through the exhibition “Holy Walls” of the Museum of Sacred Art. Eight sacred images and an oil painting on canvas make up the exhibition, which are available to residents and tourists passing through the city's historic center.

All the works of the exhibition were found literally walled in the Mother Church of São Sebastião, having been rescued for over a decade, when the site was restored. The pieces were reassembled through a rigorous recomposition process and were delivered to the population at the opening of the show on January 16, 2013.

On the same day, the “Catalog of the Museum of Sacred Art of São Sebastião”, created by the City Hall through the Department of Cultural Historical Heritage (Deppat), was launched. The objective is to bring to the public's knowledge the restoration work of the collection, which brings important works with a rich historical context of the city.

Rosângela Dias da Resurrição, director of Deppat, says that it is very gratifying to have been part of this process. “During the reformation of the Mother Church in 2001, five sacred images were found inside a wall, in a blocked void in the late 19th century. From then on a long process began until the restoration, ”he recalled.

During the reformation of the Mother Church in 2001, five sacred images were found inside a wall, in a blocked void in the late 19th century. The state of conservation of each image was different, but all were badly deteriorated, some even shattered into hundreds of fragments. Santa Luzia's image was restored in 2006, but the others were cataloged and stored.

The current Administration, during its 2009/2012 management, through Deppat, recovered an old project with the National Bank for Economic and Social Development (BNDES) to finance the restoration of these works. BNDES had been previously launched and allocated a sum of R $ 56,000, but the transaction was not effective, and this project was resumed by the Administration of Ernane Primazzi (PSC) through Rosângela Dias da Resurrição, also a manager. the Museum of Sacred Art, which, upon taking office, resumed dialogues with the body and made the covenant viable; Julio Moraes Conservacao e Restauro Ltda., a company specialized in the restoration of sacred images, was hired to carry out the work.

Service: The Museum of Sacred Art of São Sebastião is located at Rua Sebastião Silvestre Neves no., Corner Rua São Gonçalo, and is open from Tuesday to Saturday, from 9am to 11am and from 1pm to 6pm. Admission is free.
Comments

We don´t have yet any comments about:
St. Sebastian's Museum of Sacred Art
Be the first to leave a comment as it is very important to inform other people

Hotel reservation near St. Sebastian's Museum of Sacred Art within a radius of 20 km